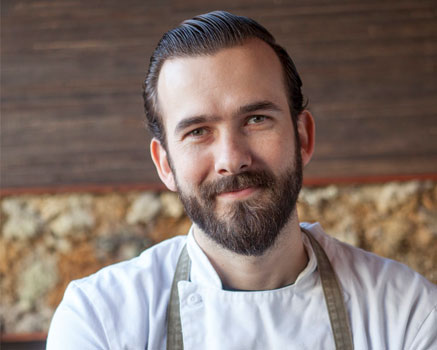 Nick Muncy is a member of the Press Jury for the 2018 C3 Competition. He is a pastry chef, food photographer and creator of Toothache Magazine.

He grew up in Seal Beach, California and attended the Art Institute, graduating with a degree in Culinary Arts. Muncy went on to work in the kitchen at Newport Beach's Fairmont Hotel for two years before an opportunity to work at Healdsburg's Cyrus brought him to Northern California. It was at Cyrus where he began to learn the traditional foundations of baking and pastry under Roy Shvartzapel. After a brief sojourn to Los Angeles to work at Jose Andres' The Bazaar, Muncy returned to the Bay Area to continue his pastry career at San Francisco's Saison where Matt Tinder was pastry chef. When Tinder accepted a position as pastry chef at Coi in 2011, he invited Muncy to join him. In December 2013, Muncy took over as Executive Pastry Chef. After over 5 years working at Coi, he left and started his own independent food magazine, called Toothache.

He now works full-time on the magazine where he does everything from the photography, editing, design, and sales. He also does some occasional pastry consulting and is a food photographer for hire