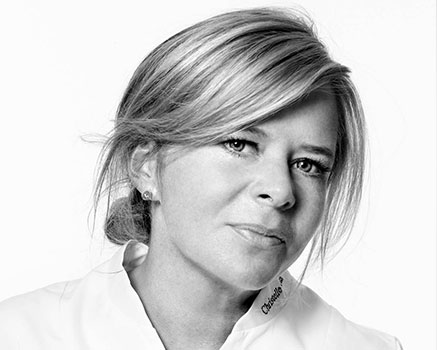 Chef Christelle Brua began her career by studying in Sarreboug, France. She then learned about cooking and pastry in her family’s hotel before working at the Michelin starred restaurant “Le Soldat de L’An II” as an apprentice.

Chef Brua then became a Chef at “L’Arnsbourg” and contributed in earning their third Michelin star. Since 2003, she is the Pastry Chef of “Le Pre Catelan”, a three-star Michelin restaurant in Paris.

Throughout her career, Christelle Brua has been awarded many prizes. She was elected Pastry Chef of the Year by LE CHEF magazine in 2009 and by the GAULT MILLAU guide in 2014. Most importantly in 2018, she was awarded Best Restaurant Pastry Chef in the World by Les Grandes Tables du Monde.

In addition to all these titles, Chef Brua is also an author of 5 books: Petits Gâteaux, Pomme de Terre, Tartes, Riz, and Pâtes.