Thirty years after developing the world’s first bitter chocolate, GUANAJA 70%, Valrhona has paved the way for a new generation of aromatic profiles with its double fermentation process.

In conventional chocolate production, cocoa pods are harvested when ripe. The pods are then split by hand to access the beans, which are covered in a white, sugary pulp called "mucilage".
The next stage is fermentation which is triggered by this white pulp surrounding the beans. Fermentation is a natural process which creates the delicious aromas and flavors that make different chocolates unique. Yeast and bacteria break down and create sugars and alcohols that interact with the cocoa beans to make the delicious flavors we so enjoy. The beans are placed into wood, rattan, or concrete boxes, then covered and stirred regularly throughout the four to six-day fermentation period.
In conventional chocolate production, after this fermentation, cocoa beans are dried and bagged, ready for the final processes of roasting, winnowing, grinding and conching. 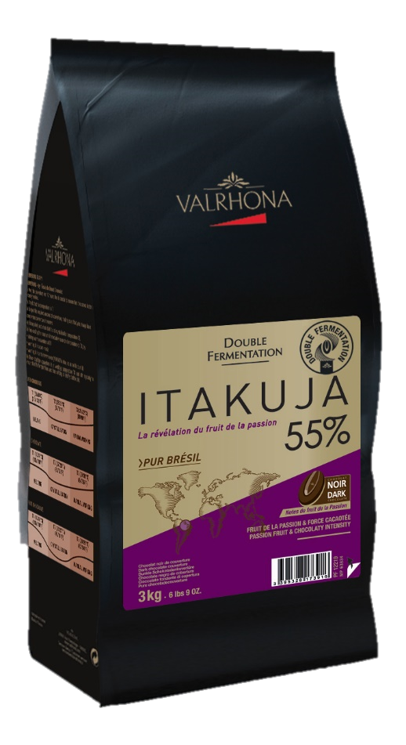 ITAKUJA 55% delights from the very first bite: A bouquet of  fruit aromas explodes, then gives way to the rounded flavors of Brazilian cocoa.
The deep aromas of the terroir are initially developed during the first fermentation. The pulp from locally harvested passion fruit is added to start a second fermentation, allowing the cocoa and fruity notes to marry. 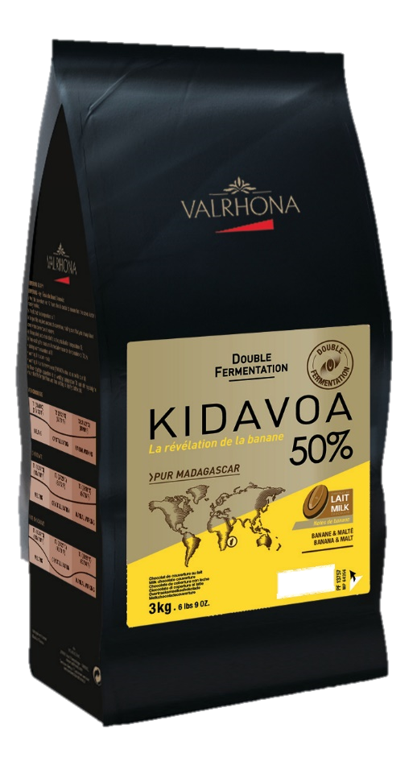 KIDAVOA 50% is a rich, complex milk chocolate with a forceful character from the very first bite featuring hints of dried banana.
Its milky notes are enhanced by a touch of tartness and slowly reveal fruity aromas. These are followed by spicier, malty notes, which finally give way to cocoa-rich bitterness.